It’s the most wonderful time of the year … if you’re a Christmas “geek” like I am! I love to entertain during the holiday season! There’s almost always going to be a dip available when I host a gathering. Every year I whip up one that’s new. So, here’s this year’s creation—an inspired take on baba ghannoush (Middle Eastern eggplant dip). Poached pistachio puree is what makes this recipe special. I use it here in place of tahini for a unique taste twist and velvety texture. And beyond just a dip, baba ghannoush makes a delightful bruschetta topping … including this version. Serve it as a festive (and Meatless Monday-friendly!) pick that all of your family and friends—vegetarian or otherwise—can enjoy! Happy holidays!

Why it’s better for you? Both traditional baba ghannoush and this version are good for you. What’s interesting about this recipe is that you’ll get lutein and zeaxanthin from the pistachios! 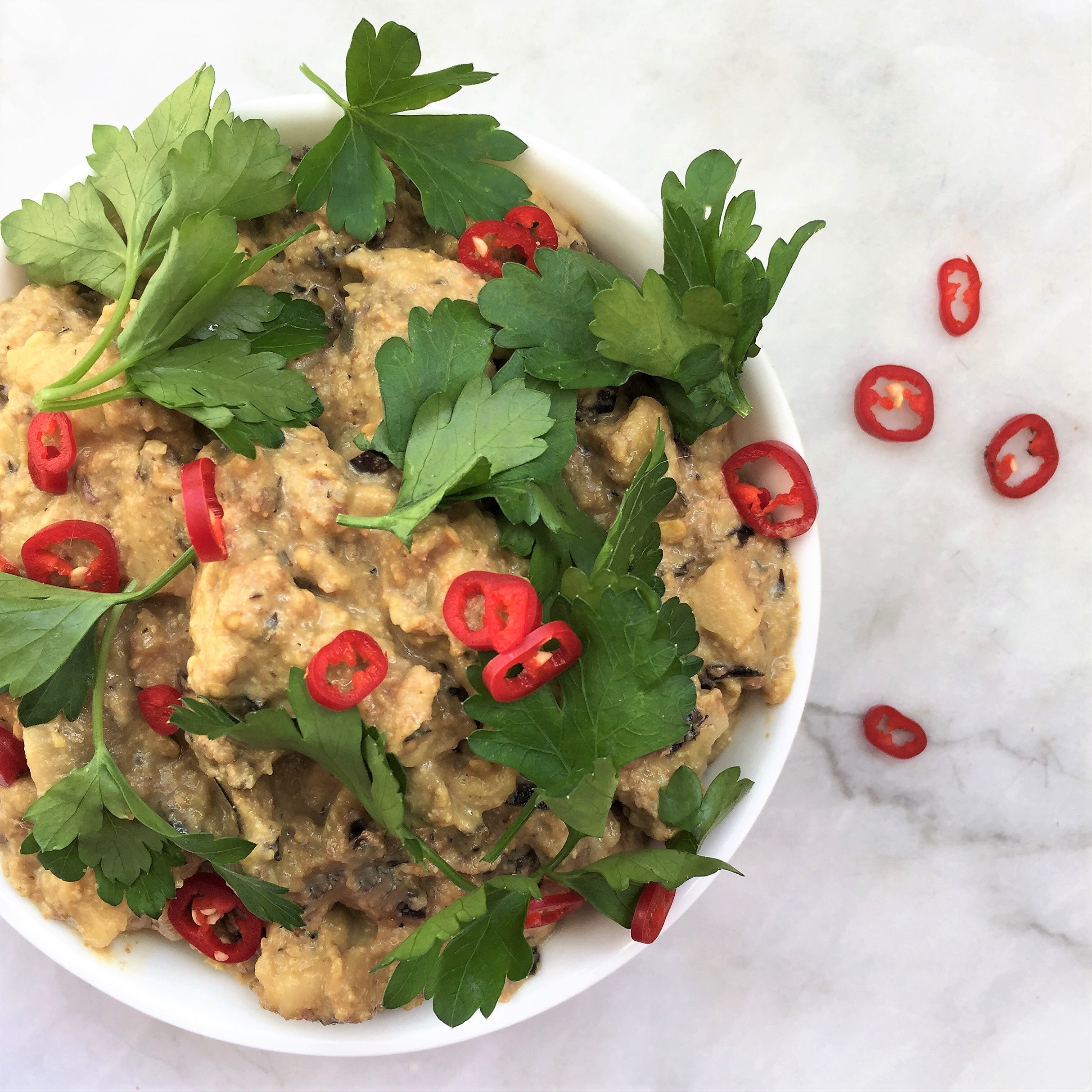 baba ganoush—the best in the world!

worldly roasted tofu cubes … one of my favorite