If you’re an egg salad fan but looking for a vegan version of it — or just a new-fangled twist on it — this pulse-based “egg” salad is the answer. It’s fun to make too, since you’ll be making “egg white” salad and “egg yolk” salad, then combining them together to act like the real thing. But the thing is … this 100% plant-based version is 100% real. And it’s so satisfying and nourishing, thanks to pulses. Chickpeas represent the egg yolk, especially when slightly smashed with yellow mustard and turmeric for a golden color. And cannellini or other white beans represent the egg whites. You’ll dress this with a vegan mayo-based sauce that gets zing from nutritional yeast (“nooch”), Dijon, lemon juice, and pepperoncini or other pickled peppers. And if you like a saucier dressing, you’ll simply whisk in some of the canned chickpea liquid. Yep, the aquafaba! To finish the recipe, finely diced celery or fennel will offer crunch. And an herb mixture of chives (or scallion), tarragon, and dill (or fennel fronds) offer aromatic freshness. By the way, using chives or scallion seem to make the mixture taste “eggier.” Go ahead and adjust this herb mixture as you desire, such as going heavier on the chives. Chill your pulse-based “egg” salad until you’re ready to serve it. You’ll actually find it tastes even more delicious the next day … after flavors have mingled. Plus, it’ll look a hint more golden yellow (more like egg salad!) … after the turmeric has done its magic. Enjoy as is with a fork. Try it topped onto a pumpernickel (or pumpernickel “everything”) bagel half. Or serve any other way like egg salad, such as in a sandwich along with toppings like tomato, red onion, and arugula or microgreens. 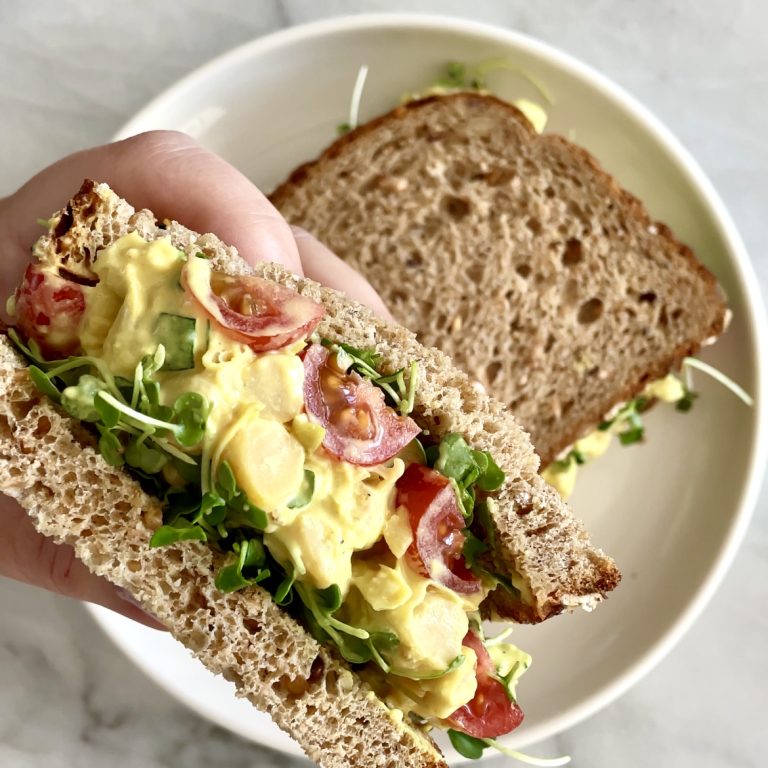 *If you need to reduce sodium, rinse beans after draining, then drain again. Need to toss extra yumminess into your next cookou

What's your favorite way to shop for food? This is